Trump made another bonehead move by skipping the last debate in Iowa. He says that if he would have been in the same situation again he would have made the same decision because the Vets benefited by receiving $6 million dollars. However, if you look at why he did what he did, you would realize that what Trump wanted to do was hurt the ratings for Fox News and basically that didn't happen. Fox trounced Trump in the ratings by a whopping margin of over 10 million viewers and Trump was on  two networks. Trump could have held that vet event at anytime and it didn't have to be the same night and the same hour as the GOP debate. 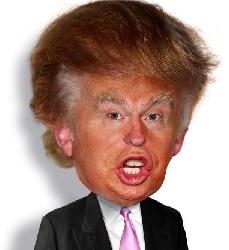 So even now he is admitting that skipping that debate may have cost him the election. That may or may not be the case but for him that's as good an excuse as any for losing. Trump is all about drama and everyone is against him and he always says he beats the odds. He is also saying that when he started in the nomination process that he was 17th and finished at number 2 in Iowa. But if you look at the race everyone starts in last place. That's a cop-out and he's now whining about the unfairness of the Cruz campaign. First he says that Cruz is not eligible to run and now he is saying that there were election irregularities and that Cruz committed fraud. What's he going to do now sue the Iowa election process for $500 million dollars. Seems that he has a machine of lawyers that with a push of a button the papers are filed for another lawsuit.
The one person who may have benefited the most from Trump skipping the debate was Rubio. Rubio on the other hand is not a Reagan conservative. Rubio is a Bush-like establishment RINO who believes in open borders and corporate welfare. When asked a question from the audience about who he would like to drink a beer with? Rubio replied that he would like to have a beer with football legend Dan Marino, Russian chess prodigy Gary Kasparov, and Malala Yousafzai.The first two are acceptable answers. The third is odd, considering that Malala — the famed Pakistani girls' education activist — is both underage and Muslim. She also happens to be a socialist. Another doofus GOP POTUS Clown. With Rubio's apparent showing in the Iowa Caucus, the GOP is now touting Rubio as the next best hope to defeat the Dems in November. Rubio is not POTUS material and neither are Trump or Cruz. The only one in all the bunch of clowns on the GOP side that is more than qualified is John Kasich, but he is about to quit the race. 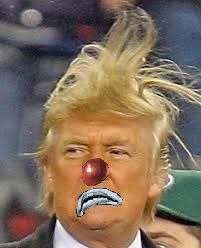 Trump has alienated  so many people that at this point he is unelectable. He threw Hispanics under the bus, he has degraded women to the point of no return. Gays have been bashed, and Blacks have no place in a Trump organization or audience and they know it. The only people that will vote for Trump are the idol worshippers and the old white rich club of the Republican Party. He can't win a nationwide election and he should realize that now. He is being hit on his New York values pretty hard by Ted Cruz and it seemed to work in Iowa and may work everywhere else except in New York but he would probably lose to Hillary in that state because she has an organization ready and roaring there. More next time.
Posted by Israel Torres-- Author, Artist, Former Realtor at 12:04 PM