Now that there's all this talk from Bernie Sanders about being a Progressive comes this little tidbit.  Is it good to be a progressive? Last month in California the progressive government, the California Public Employment Relations Board nullified San Diego’s 2012 ballot referendum that replaced defined-benefit pensions with 401(k)-style retirement plans for new workers. Former Mayor Jerry Sanders and other city officials campaigned for the initiative, which was sponsored by private citizens and approved by two-thirds of voters.The Public Employment Relations Board is suppose to review unfair labor practice charges by government workers and ruled that the city had “breached its duty to meet and confer in good faith” (i.e., collectively bargain) with its unions. Apparently according to the progressive board the Mayor was required to negotiate the pension changes. But because he decided that the people should decide the issue and supported the measure to vote on the issue, it was considered a breach of his responsibility. In other words, because the referendum’s supporters were civic-minded, their civic-minded reform had to be approved by unions, not voters. Thus lawmakers have no right to lobby voters for reforms that cross government unions.
On the other hand unions are free to petition voters to, say, raise taxes. If the board’s ruling holds up in the courts, the initiative process would  be invalid and can no longer challenge any union-negotiated power grab. Hiram Johnson, the progressive who led the fight for the initiative process in California a century ago, wouldn’t recognize today’s anti-reform progressives and must be rolling in his grave..The board also rebuked the Mayor and city officials for exercising their First Amendment rights. The boards ruling stated that First Amendment free speech rights cannot be used for the purpose of violating” state collective-bargaining laws. We'll see how this turns out but as a result of the board's ruling the city was ordered to rescind the voter-approved pension reforms, restore the status quo before reform, and pay workers 7% interest to compensate for benefits that were reduced by the initiative.
The initiative process is a last resort for reformers trying to challenge the public union monopoly that is bankrupting local governments. If unions can’t win the battle for public opinion, they’ll use government power to muzzle opponents and overturn the will of the people.
Sorta, kinda makes you think that maybe you should go with Trump. Then again you look at all his negatives and you go back to voting anything but Trump.Now that I brought out the negatives. Most politicians are lumped in with lawyers as far as trustworthiness. In fact most of them are lawyers. Nobody trusts them because of their reputation. However, not all of them are lawyers. 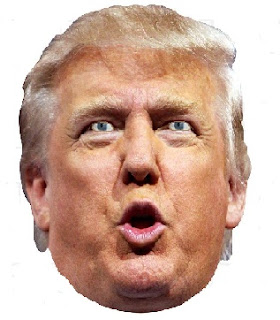 When you're in national office you are most likely a career politician. There is an art to getting elected. You have to hire a political consultant and say the right things or you will turn off many voters. People may be tired of that which is why Trump's style is so popular, but that alone is not enough to make you a good candidate. Trump is a businessman and an entertainer. He has name recognition and people like him because of his show and the way he conducted himself on that show for 14 years. What they don't realize is that it is all scripted and everything out of his mouth was scripted. It's a reality show, not real. That does not happen in real life. So he decides to run for office and makes a mistake by telling a big lie. His reputation is on the line but he feels that he hit a nerve and runs with it. He can't back down so he keeps going and people start responding. It isn't because he is being truthful but because he is Donald Trump (Billionaire and larger than life). Trump has some positives, one important one to people is that he is not a career politician. But when you look at the negatives, you realize that he would not make a good POTUS. Trump is a far right candidate and now that he is running he is spouting his far right tea cup philosophy.
If he thinks and people think he can push his far right agenda in government like he does his business, he is going to see that governments aren't run that way. He is burning bridges left and right with countries and his own party and will have more enemies than allies. Not everyone will get on his bandwagon just because they're afraid of the criticism and the barbs coming from him. He is already doomed and people will start realizing that his negatives far outweigh any positives he might have which right now are his celebrity and his wealth because on the issues he has not come up with any solutions other than outrageous claims that he will build the biggest, baddest fence that anyone's ever built and that he knows how to build. He's a Joke.
Posted by Israel Torres-- Author, Artist, Former Realtor at 6:46 AM