The Liar Word Applies to Trump

Now that the liar word is being thrown around by the Republican wannabe nominees let's look at one big lie that no one seems to mention. This is the big lie that Trump is telling about self-financing his own campaign. On every occasion he states that he is not beholden to do anything for anyone because they gave me money.
Let's look at the money issue and see where the money is coming from according to the Federal Election Commission. The Trump campaign brought in a total of $19.4 million dollars by the end of 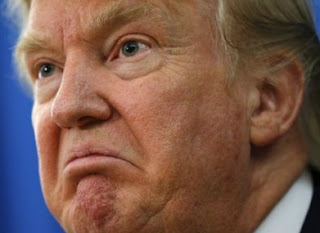 2015.  Of that total amount Trump put in $12.8 million.The remainder of that money came from individual contributors. The contributions have a limit of $2,700 per individual for each candidate per election which is the cap set by federal law. On the other hand, Trump has put in 66% of the money that his campaign had on hand in 2015. That means that 34% of the campaign is being financed by individual contributions and it can be from individual donors. There are two other things that should be considered when Trump claims that he is 'self-financing' his campaign. One is that of the personal money Trump has contributed to his campaign he lists that $200,000 is a contribution and the $12.6 million is  a loan. This means that in the long run Trump expects to recoup those loans of $12.6 million. The second thing is that Trump's self-financing was done in the final quarter of 2015 when he loaned his campaign a total of $10.8 million. Of those loans he paid himself for fuel for his campaign trips on his plane and Trump's spending also included the candidate's penchant for his own name brand.There are minor payments to favorites like the Trump SoHo ($100), Trump Grill ($607), Trump Restaurants ($3,000) and Trump café ($94), where the hamburger retails for a reasonable $10. Then there are some hefty payments to the Trump Plaza ($27,000), Trump Payroll Corp ($20,201), Trump CPS LLC ($18,000) and a whopping $119,451 in rent for Trump's headquarters at — where else — Trump Tower on 5th Avenue.. He does expect to get those loans paid off in the future and especially if he wins the election.
The most recent  records from the Federal Election Committee filings pertaining to the Trump campaign reveals that the Candidate funded $108,780, whereas donors contributed over $3.8 million to his candidacy. It also shows that the candidate Trump has previously loaned rather than donated an additional $1.8 million. There are no illegalities or abnormalities or irregularities with the way Trump's campaign is receiving or doling out the cash, it’s just that it is not the way that Trump portrays his self-financing. This is a the big lie on his part. 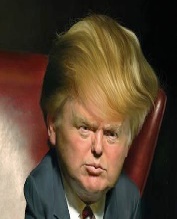 This is the Trump rant whenever he has a campaign event. “I don’t need anybody’s money,” he declared when he announced his candidacy in June. “I’m using my own money. I’m not using the lobbyists. I’m not using donors. I don’t care. I’m really rich.” Well it looks like he is telling a whopper and keeps on spewing it out even though everyone knows he is lying through his teeth.This kind of behavior is the type of behavior that hardcore politicians use to get elected. Win at any cost and it looks like Trump has that ingrained in both his personal life and business life and now in his political life.
Posted by Israel Torres-- Author, Artist, Former Realtor at 11:13 PM