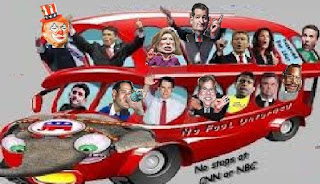 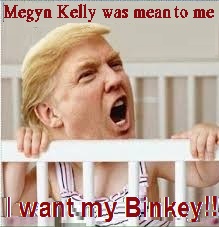 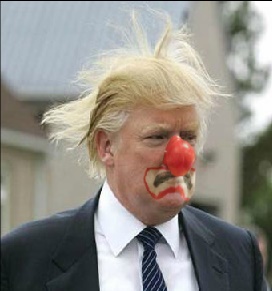 Trump is all about boycotts  and lawsuits to solve any disputes that he has encountered. What is he going to do if he comes up with a tough problem as President. Kelly is right, he does not have the temperament to be President. A smart woman puts him in his place and he can't handle that and so what does he do, he boycotts. Of course it has kept him in the media for the last few days as every news channel on the planet wants to interview him and can't stop talking about what will happen if he doesn't show up. The ratings will take a hit but who cares, no one really cares except Fox News since that is where the debate will be shown. If millions of people don't tune in to the debate, Trump will be beating his drum and telling everyone that it was all because he didn't show up.
Trump looks like he will not back off on his threat of not showing up this time around even though I kept thinking that he would eventually opt out sooner rather than later. He is not a debater and when he boosts that he has won all the debates, it is all hot air. He is really not a debater and doesn't ever chime in with any debate points worth mentioning and his one liners although sometimes funny is not enough to come out on top. Although Fox News and Roger Ailes feel that they cannot back down on Megyn Kelly's participation in the debate they are hoping and praying that Trump changes his mind about attending. It sure looks like Trump won this one with the network and if he doesn't show up, will he win this one with the Iowa voters. Maybe this one mis-calculation in Trump's campaign will finally bring this arrogant, boisterous, narcissistic bombastic candidate down to earth even if it's at the expense of that teabagging nut Ted Cruz.
Posted by Israel Torres-- Author, Artist, Former Realtor at 8:31 PM