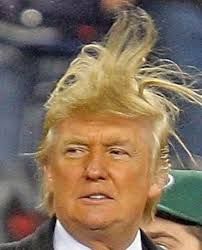 Let's look at how Donald Trump uses the media to his advantage. It all started on his announcement for the nomination with his statement about illegal immigrants. Trump stated, "When Mexico sends its people, they're not sending the best, They're not sending you, they're sending people that have lots of problems and they're bringing those problems. They're bringing drugs, they're bringing crime. They're rapists and some, I assume, are good people, but I speak to border guards and they're telling us what we're getting."  Well for one thing, there is no proof that Mexico is orchestrating the shipping of immigrants to the US. This is a false statement from the get go. As for the drugs and crime, that part of the equation is already here. There are of course some immigrants that are made to carry bundles of drugs over the border as we've all seen on TV but the majority of the drugs are smuggled in by other means. Most of the crime in the US is done by native born citizens. Sure there was an incident that Trump jumped on immediately after his statements when a young woman in San Fransisco was shot by an undocumented Immigrant but that was convenient for Trump because it become big news when he blew it up. Most illegal immigrants come to the US to work and to send money back to their families. They know that if they ever aspire to immigrate to the US, they can't do it with a criminal record. Of course there are a few who come here because they are criminals and are escaping criminal justice from their own country but they have a better chance in their own country than they do here if they are being pursued by authorities.
By the way, Trump never backed away from this initial statement and in fact he rode this little media topic for weeks and even claims that if he was the only candidate that was talking about illegal immigration which is totally false. Actually, immigration was a topic before Trump announced, and the issue came up just as often before he announced as after. In fact, Trump also said the number of illegal immigrants in the United States is "30 million, it could be 34 million." Federal officials say the number is about 11.4 million -- a number backed up by various groups that study immigration in depth. 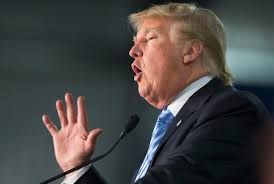 Then Trump came out with the statement that Florida had five sanctuary cities while Bush was governor. There’s no legal definition of a sanctuary city, but it generally refers to places where local law enforcement officers aren’t required to alert federal authorities of residents who may be in the country illegally. A federal report from 2006, when Bush was governor, didn’t name any Florida cities. We found one list on the Internet that claimed five Florida locations as current sanctuary cities, but the supporting evidence was virtually nonexistent for when Bush was governor. This statement was also a flat out fabrication by Trump.
The next whopper by Trump was that "Hundreds of thousands of (illegal immigrants are) going to state and federal penitentiaries." In 2013, there were fewer than 100,000 non-citizens -- legal and undocumented -- in federal and state prisons and most of those in the prisons are there for immigration violations. The immigration issue did provide Trump with weeks of free publicity and there was no need for him to spend any money on advertising because every news channel was  itching to interview Donald Trump.
The next entry will deal with his other media nonsense that turns into a media goldmine for Trump.
Posted by Israel Torres-- Author, Artist, Former Realtor at 10:29 PM